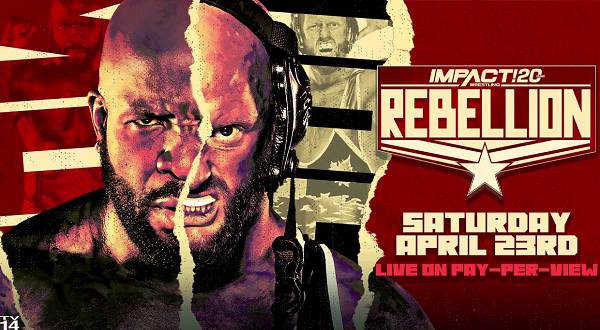 Date : 4/23/22 Timing : 8PM ET It’s time for revenge. In the main event of the evening the Impact World Championship Moose defends his title agains Josh Alexander. Moose took the title from Alexander a few moments after Josh Alexander finally won it and since then Alexander wants his title back. Now at Rebellion he will have this opportunity. At Multiverse of Matches Deonna Purazzo defended her AAA Reina de Reinas Title against the Faby Apache. Now, at the Rebellion Purazzo needs to defend her title again, but this time the challenger is her fiercest rivals and a former multi-time Reina de Reinas Champion in her own right – It’s Valkyrie. Jay White, Steve Maclin and Chris Sabin collide against each other in a high profile Triple Threat where anything is possible. Get ready for an epic clash – a clash for the Knockouts World Title. At Rebellion Tasha Steelz is with Savannah Evans in her corner and will defend her title against the former Knockouts World Champion, “The Demon Assassin” – Rosemary. It’s time for a historic event when Violent By Design put their titles on the line against seven other teams in a historic 8 Team Elimination Challenge. Let the earth shatter, it’s time for a clash of the titans when Jonah collide with Tomohiro Ishii in a dream come true match and it promising to be contest like no other. One more epic clash is in the Rebellion’s lineup when Jonathan Gresham faces off Eddie Edwards. It will be an epic clash for the ages at Rebellion – who will be victorious?     Watch Impact Wrestling Rebellion 2022 PPV 4/23/22 April 23rd 2022 Online Full Show Free 720p HD Live stream, Dailymotion Live 10 Parts Stream during live broadcast, Impact Wrestling Rebellion 2022 PPV 4/23/22 April 23rd 2022 3 Parts Full HD after show is over We try our best to give links of all hosts mentioned above, Some times links are switched in deleted hosts, If you need video in any particular host, Request in Request Zone.